Free delivery on orders over £75
Order before 5pm for next day delivery
Volume discounts - buy in bulk
You are here:

In a world dictated by trends and trolls, good PR no longer needs to be in the form of a big stunt, or ‘floating it down the Thames’. Instead, something as small as a change in packaging can make a big impact.

Here at UK Packaging, have been looking at some of the best examples of ways that brands have used packaging to generate positive PR.

Back in 2013, Coca Cola launched its Ice Bottle. This bottle was made completely out of ice and in the iconic shape of a classic Coke bottle. After news of the bottle took off, Coca Cola worked to increase the production of the bottles, and launched them into a further 7 countries in 2015.

These were distributed in US cities through what Coca-Cola called an ‘experiential Ice Bottle tour’ lasting 9 weeks and making 15 stops. By making the bottles out of ice, Coca Cola ensured that no remnants of the bottles were left behind as litter, since they would simply melt away, providing customers with an ice cold drink with very little environmental impact.

Each bottle also featured a red rubber band with the Coca-Cola logo around the bottles to protect the hands of consumers. These bands could then be used as bracelets once the ice melted.

Following the tour, Coca Cola stopped production of the ice bottles, having garnered over 1.3 billion impressions on social media, and $6.5 million worth of publicity. However, the soft drink company still continues to create campaigns designed to directly involve the customer. At the same time that the ice bottle was created, Coca Cola also launched the ‘Share a Coke’ campaign, swapping the Coca-Cola logo for some of the country’s most popular names.

This campaign has continued for 5 summers, encouraging users to personalise their coke, and, in 2014 alone, they sold over 150 million of the personalised bottles. Coca Cola’s first new campaign in 6 years returns to the bracelet format by centring around turning the labels into peel away wristbands which will ‘unlock epic summer experiences’ via the Sip & Scan icon.

Each of these campaigns shows the way in which Coca Cola have focused on making the packaging part of a specific marketing-led experience, and by targeting these campaigns in summer, they are also solidifying their position as the drink of the summer. 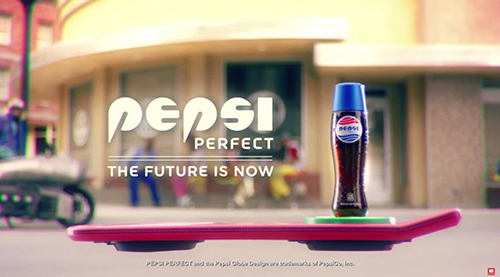 These bottles were released in line with the time that Doc and Marty travel to in the future (October 21, 2015). With only 6500 bottles created, they were sold out within minutes of the official release time.

The design of the product and its packaging were directly based on the film, with the bottle being made to replicate the one shown, and the packaging depicting the key dates of the time travel. 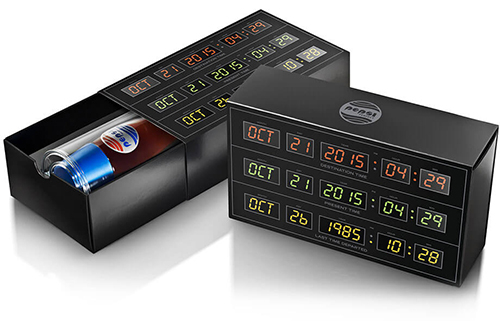 The combination of a one day only release and limited stock has led to these bottles now being valued on resale sites at between £100 and £600.

At the beginning of the year, online retailer AO.com received a letter from a young boy in Bolton, inviting ‘Mr AO’ to play in the fort that he had made from the box that his mother’s fridge-freezer has arrived in. 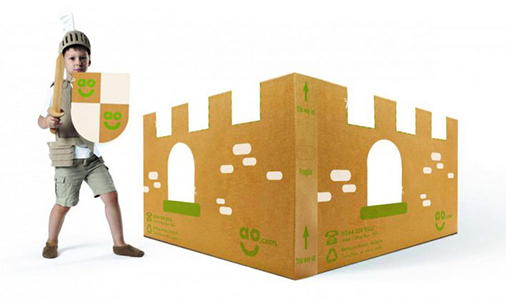 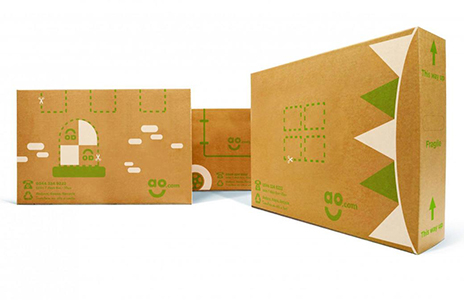 This letter prompted a small social media push with a focus on fort-making (including a video of employees making their own fort), and a design being made for large goods packaging to help children turn their own boxes into forts.

Last but not least - the PR masters, Greggs. Whilst being a staple of the UK high street, Greggs is very familiar with attracting media attention, both good and bad. In their latest stunt, Greggs sent their new Vegan Sausage Rolls to prominent journalists in packaging similar to that of Apple; including drawstring bag, case, and a Mac-shaped case which played an Apple-style promotional video. 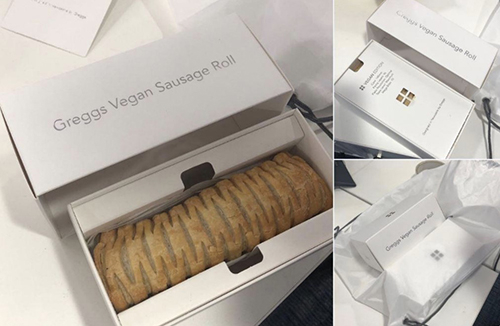 Their Vegan Sausage Roll campaign has been described by those in the industry as a ‘PR masterclass’, after targeting notable Twitter troll and TV host Piers Morgan and turning his criticism into a PR coup.

The fact is that Greggs, a chain famous for unhealthy foods, managed to trend on Twitter on January 4th despite the inevitable New Year’s Resolutions and other hordes of online New Year’s traffic, which is a feat in itself. A lot of this could be attributed to the targeting and inevitable intervention of Morgan, but the figures both online, and in sales speak for themselves.

Spend over £500 per month on packaging? Click here for extra benefits

Subscribe to our monthly newsletter and be the first to receive great discounts, offers and free gifts

No obligations. You can unsubscribe any time.

10% off your first order
x
Welcome to ukpackaging.com
The UK’s leading online packaging store
Subscribe to our monthly newsletter and be the first to receive great discounts and offers. Also receive a 10% discount voucher for your first order.
No obligations. You can unsubscribe any time.
10% Welcome Gift
Thank you for joining our Discount Club. We have sent you a Welcome Gift!
Thank you, but your email address is already registered to receive monthly vouchers.